Months ago we were contacted by a family that wanted to do something special to help the animals, so we decided to tell them about Ankara, Sumatra, Guevara and Zíngara, four Podencos who had always lived together. The family told us that they wanted to have a meeting to make a unanimous decision and shortly afterwards they gave us a positive answer. Not only had they decided to adopt, but in order not to separate them, they wanted all four of them. Finding a family for an animal is complicated, but for four at the same time, it’s exceptional! In a short time, two families have adopted several dogs; Pikwik and Popcorn and now the 4 “stars”. We are thrilled! 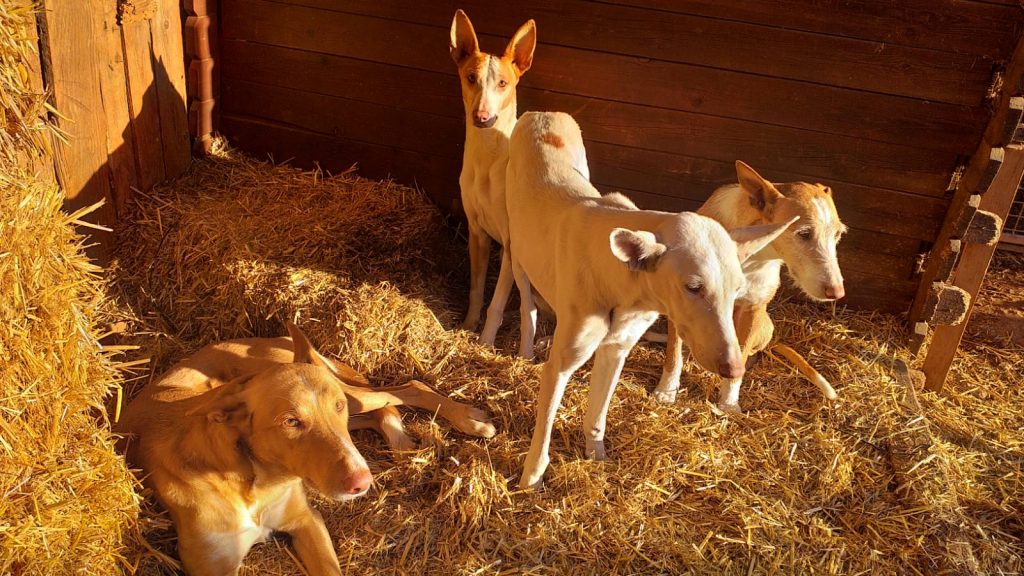